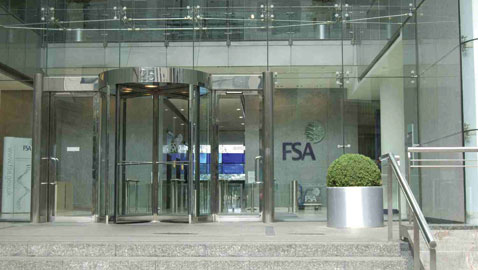 The FSA and the Bank of England have published the results of their review into barriers to new entrants to the banking sector.

It sets out significant changes to regulatory requirements and authorisation processes which, taken together, seek to cut some of the regulatory barriers to entry into the banking sector and, as a result, enable an increased competitive challenge to existing banks.

The FSA will be replaced by the Financial Conduct Authority (FCA) and the Prudential Regulation Authority (PRA) on 1 April 2013. Both the FCA and PRA will need to approve new entrants, the PRA for prudential issues and the FCA for conduct.

The main features of the changes are:

Changes to the prudential regime

A major shift in approach to prudential regulation of banking start-ups. This reflects the PRA’s philosophy of regulation, within which the possibility of bank failure should be accepted as a normal market process provided there are clear mechanisms in place to resolve banks smoothly without threatening financial stability. Specifically the changes will involve:

Changes to the authorisation process

Improvements to the existing authorisation process. Where an applicant firm is able to deliver a complete application form with all supporting materials, the PRA and FCA will work together to complete all of the assessment and decision making within six months. To support firms to provide a complete application, the PRA and FCA will introduce a significant level of up-front support to the firm, during the pre-application stage, including a challenge session. This approach is particularly suited to firms which have the development backing, capital and infrastructure to allow them to set the bank up at speed e.g. subsidiarisation of branches or where firms are able to utilise existing IT and other infrastructure.

An additional option for the authorisation process. Some firms are not able to meet the 6-month timetable because they cannot fund the up-front investment required, or because they have longer lead times in terms of raising capital or setting up the infrastructure. These firms will be able to ask for an alternative, 3-stage route to authorisation, specifically:

Streamlining the information requirements, which means the PRA and FCA expect to be able to significantly reduce the time taken for authorisation.

Some of these changes have already been implemented and the remainder will come into effect at legal cutover on 1 April 2013, when the PRA and FCA come into existence.

FSA chairman Adair Turner said: “This has been a comprehensive review and we have made some bold changes, ones that respond to the difficulties faced by applicant firms.

“We believe the changes will make a significant difference to the ease with which new firms can enter the UK banking system and, as a result, enable an increased competitive challenge to existing banks.”

Anthony Thomson, founder and former chairman of Metro Bank, said: “The FSA’s move to simplify the bank authorisation process should be heralded as a watershed moment for banking, and not before time. This, coupled with the reduction in capital requirements for new entrants that was announced just a few weeks ago will encourage more players to enter the banking market and therefore creating much needed, and overdue competition, choice and innovation for consumers. It’s about having more banks offering more choice to more consumers.

“Previously it could take up to two years, if not longer, and the costs involved deter many potential new entrants. The high capital requirements were the second. Both of these points have been now addressed today by the FSA. The third outstanding barrier for new entrants was the robust infrastructure needed by every new entrant, which can be extremely costly and therefore prohibitive. The fact that new entrants can now use existing IT and infrastructure is a step forward.

“The creation of the new payments regulator that has also been announced will also hugely aid, in my opinion, the creation of new banks. Previously, the payments system and the high costs attached to it were a barrier to entry. I strongly believe that now these points have been addressed, we will have a more level playing field for competition in UK banking to thrive.”

Covid-19 not putting off acquisitive landlords

Advisers should grow their landlord client base