Fleet Mortgages: how we dealt with the downtime

Keeping staff motivated and engaged can be a difficult job at the best of times but add in an unexpected cessation in activity and you might have to look at a number of different ways to keep hold of your most able and experienced employees, otherwise they could be heading for the exit.

When we briefly closed to new business in January, part of our focus was on how our staff might cope with a period where we were not lending. Of course, at the outset it was thought that we might have a new product range ready to go within weeks but as we began engaging with new potential funders we soon realised that the good intentions we had in this area might not be met.

What was only likely to be a few weeks ‘off’ soon metamorphosed into a month and then longer, and clearly when it comes to certain functions within a business – perhaps most notably, sales and marketing – there needs to be good communication about how funding talks are progressing, but also what we can be doing in the period when we effectively did not have a range to sell or market.

‘Downtime’ in any business might seem like a luxury but I would say there are natural peaks and troughs when it comes to activity in any given year, and it’s how best you utilise them which might determine how you are able to function and grow when greater levels of activity do come on line.

As mentioned, communication is everything during such a period and I’m rather proud of the fact that during the three months when we were not lending, we only saw two members of staff leaving us for other jobs.

Part of our success in this area was not just around ensuring a number of work-based projects were designed and undertaken. For example, we reviewed a large number of business areas including our broker relations and put on a strategic partners conference to keep everyone in the loop, but we also reviewed the systems we have in place to ensure they are of the highest quality, and (rather importantly) we talked to advisers about our criteria to see if there were changes and tweaks we could make that would fit in with the borrower wants and needs they were seeing.

But, we also looked at how we could help and inspire employees to look at what they could achieve beyond the office. For instance, it was quickly decided that our workforce could provide a significant boost to a number of local area initiatives, in particular with regards to volunteering and offering their help across any number of ongoing schemes and projects.

What we didn’t want to do however is enforce this type of ‘work’ on the staff, instead it was decided to ask them where they might wish to volunteer as we felt this would ensure they worked in areas which were close to their hearts and the enjoyment and satisfaction could be ramped up as a result. So, for example, Fleet Mortgages’ employees have helped in local food banks, they cleared communal grounds around the ‘Fleet Pond’, they volunteered with the local Rangers, and they worked with Aerobility – a charity which provides flying experience to those with disabilities.

All these ideas came from the staff – they set the agenda, they outlined how they could help and what they could bring to the project and then, of course, they delivered on it. It was pretty inspiring stuff and it showed to us how much good we can deliver to the local community just by having staff show up and lend a hand. Plus, I believe the sense of satisfaction our employees got out of this helped them through our ‘quiet period’ and gave them something else to concentrate on while the project team worked on bringing on board our new funders.

I’ve mentioned before that out of adversity comes opportunity, and this period – while we might not have wished it upon ourselves at the start of the year – has allowed us to think and act differently, and has (of course) provided us with the next stage of Fleet’s evolution. It’s fair to say that, if we hadn’t have gone through the last three months, we certainly wouldn’t have been in such a strong position to take this business forward. The buy-in and ongoing commitment we had from our staff was, and is, a huge part of this.

So, while those ‘quiet times’ might not be ideal, it’s how you use and utilise them that can make a huge, positive difference to your business. Don’t be frightened of a slowdown, embrace it and make the most of it – when you come through the other side I suspect you’ll be in far better shape to take on whatever the world throws at you next.

Equity release market records its fastest ever start to a year 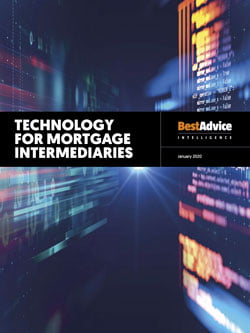