LMS: market recovery cause for optimism

LMS has published its latest Remortgage Healthcheck Index, produced in partnership with the Centre of Economics and Business Research (CEBR), covering Q3 2020.

The LMS Remortgage Healthcheck Index shows the overall health of the remortgage market and tracks changes in four key indicators: volume and value of remortgage approvals, remortgage borrowing costs, homeowner equity value and consumer sentiment. The index also shows how remortgage activity is performing alongside wider market conditions and how the key indicators are affecting consumer spending and habits.

Each indicator is scored between 0 and 100, with scores between 40 and 60 considered neutral, a score below 40 considered negative, and score over 60 seen as positive for the industry. The overall healthcheck score is the weighted average of each indicator score.

The LMS Remortgage Index climbed to 60.2 in Q3 2020, an increase of 11.7 points from 48.5 in Q2, giving a positive overall score for the first time in 5 years and building on two consecutive quarters of reduced performance thanks to the pandemic and the suspension of the housing market.

With the Index score now in positive territory, we are seeing indications of  a strong recovery in the outlook for the market, even when compared with pre-COVID-19 performance. This was primarily driven by an enormous improvement in the Homeowner Equity indicator, up 66.1 points from 0 in Q2, and strong growth in the Remortgage Approvals indicator (+11.5 points), thanks to high product transfer volumes.

Conversely, the gaps between the rates charged by lenders and their own funding costs, commonly known as ‘spreads’, have increased leading to higher borrowing costs for consumers in Q3. Additionally, fewer customers increased their overall loan size from Q2 to Q3, despite an improvement in consumer confidence, pushing the sentiment indicator down slightly.

Economic stabilisation in Q3 saw the Remortgage Approvals indicator jump 11.5 points from Q2, improving from 59.4 to 70.9, the highest value on record. This development is largely B.

Additionally, quarterly approval numbers are recovering as capacity issues have pushed more borrowers to quick product transfers, but there is still ground to be made up before they return to the levels we saw in Q1 this year. Performance in other areas of the market, together with the growing value of approved loans, have been enough to more than offset performance in this area.

The spreads between the funding costs for lenders compared with the borrowing rates for consumers, meanwhile, have risen to the highest level since Q3 2016, immediately after the Brexit vote. The average repayment rates charged by lenders have also ticked up since the lows of the first lockdown in April 2020, leading to higher borrowing costs for consumers.

This is partly due to banks increasing their safety provisions and becoming more cautious in their lending, especially for borrowers with smaller deposits, and has also been reflected in reduced product choices. It’s reasonable to assume that, despite the Bank of England’s ultra-loose monetary policy, cheaper borrowing costs are not being fully passed on to consumers.

The Homeowner Equity indicator bounced back strongly in the third quarter, rising to 66.1 from 0.0 in the second quarter, when activity came to a near standstill as the housing market was temporarily closed. This indicator is now at the same score it was in Q4 2019.

According to data from Zoopla, house price growth was solid in the third quarter and accelerated to 3.0% in September, the fastest monthly rate since January 2019.

The housing market has shown remarkable resilience during this year of extreme economic volatility. Activity has been driven by pent-up demand from the spring lockdown, the Chancellor’s stamp duty holiday as well as a wider reassessment of housing needs in the face of the pandemic.

The proportion of LMS borrowers that opted to increase their loan size fell for a second quarter in a row, causing the overall fall in the Borrower Sentiment indicator.

The indicator was, though, boosted by an increase in the consumer confidence measure, which showed five consecutive months of growth between April and September 2020.

Looking ahead, confidence could slip again in Q4 on the back of the second lockdown in England, though the news of a potential vaccine could more than make up for this.

Nick Chadbourne (pictured), CEO at LMS, said: “Strong scores for both the  approvals and equity indicators are a really encouraging sign for the health and resilience of the market, and to see the highest index score for 5 years is very promising.

“House prices rising mean more borrowers qualify for better loan-to-value products, and bigger loans mean they have more control over their biggest asset – their home. Many have been hit hard by the pandemic, but the vast majority have more cash in the bank as hospitality and travel spending has dropped. Growing loans for home improvements are a sign of confidence as homeowners are prepared to spend those savings.”

“It is also promising to see an increased number of cases being approved by lenders, as credit availability will be key to the continuing economic recovery. It’s likely that a lot of theses cases were product transfers, which undoubtedly provide an easier journey, but don’t often give the best value for money. If the ultra-low Bank of England base rate, high demand and government incentives like the stamp duty cut continue over the next months, we could see even more improvement, but those who just product transfer might lose out in the long-term.

“Creeping repayment rates towards the end of Q3 were a slight downside as the average rate for a 5-year fixed rate product was 2.49% in September, the highest average rate since April this year.

“We are optimistic for continued strong performance in Q4, though we should retain a note of caution given that lockdown measures have returned. Vitally, the housing market remains open for business, so any impacts will hopefully be far smaller than the first time around. The focus is on home moving at the moment, taking up the majority of time across the industry, but this should tail off in 2021 and we should see a move back to remortgages and away from product transfers. Borrower sentitment has remained steady, and we hope to see borrowers retaining the same resilience that has kept the market buoyant since April.”

The Nottingham back in 85% LTV lending space

The Nottingham back in 85% LTV lending space

Think tanks warns of 770,000 at risk of repossession 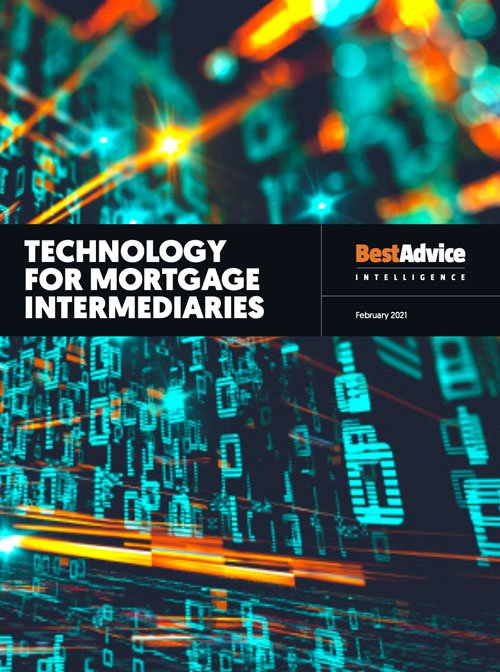